“Picking Cotton” a genuine memoir of injustice and its redemption 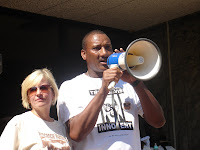 Most of you on this mailing support the abolishment of the death penalty. I encourage you to read “Picking Cotton” a genuine memoir of injustice and its redemption. The following link will lead you to the source for ordering. It’s likewise a great gift for your pro-death penalty friends.

In 1984 a college student woke up in her , apartment to find a young black man in her bed who intended to rape her. Because Jennifer Thompson was about half the size of the man she faced, and was already pinned down by his weight by the time she awoke, she recognized that any physical defense she presented would only worsen her situation. Jennifer, however, was not prepared to give up that easily. As the man began raping her she made a conscious effort to study his face and everything about him so that she would be able to work as closely as possible with the police on his capture. She even talked him into interrupting the rape long enough for her to escape the apartment and run for help.

Jennifer's attention to detail resulted in the well-executed police artist sketch that would lead to the quick arrest of Ronald Cotton, a local man, as the man who raped her and another woman on the same night.

Cotton was not at all worried when his family told him the Burlington Police Department wanted to speak with him in connection with the two rapes. He knew he had a rock-solid alibi for the night in question, so he drove himself to the police station in order to prove that he had nothing to do with either crime. Unfortunately for Cotton, he got his dates mixed up, making his supposed alibi worthless, and he was charged with both rapes.

The trial jury recognized Cotton's resemblance to the police sketch and considered Thompson to be an exceptional witness because of her decision to concentrate on her assailant even as the assault against her was happening. Her strong trial testimony, during which she appeared to be absolutely certain of Cotton's guilt, was all the jury needed to convict Cotton of her rape, and they quickly did just that.

Eleven years later, in 1995, DNA testing would prove that Ronald Cotton had nothing to do with Jennifer Thompson's rape and he was freed from prison, a dream that Cotton had all but given up on ever seeing happen. Ronald Cotton, now in his early thirties and lucky to have survived more than a decade in prison, was back with his family hoping to start a new life for himself.

Tragic as all of this is, it is far from being a unique story because, sadly, this kind of thing happens more than anyone in law enforcement would care to admit. Thousands of people have been imprisoned with no more evidence against them than the word of their accuser. Honest mistakes are made, lies are purposely told, and justice is not always blind.

No, the truly remarkable part of this story is what happened next.

Jennifer Thompson, married and the mother of triplets by the time of Cotton's release, feared that he would take his revenge by harming her or her children. Two years passed before the two of them finally came face-to-face but, when it did happen, both their lives were changed forever. Cotton, an extremely compassionate man, surprised Thompson by readily offering his forgiveness in their first conversation - and that would be the beginning of a powerful, loving friendship between the two and their families that is still going strong.

Today Cotton and Thompson work together to bring attention to other inmates around the country who have been imprisoned under circumstances similar to those that placed Ronald Cotton in jeopardy of spending his whole life in a jail cell. Much good has come from the awful circumstances that have linked forever the lives of these two people, and Thompson and Cotton have both thanked God that Cotton is the one she chose that day in the police station if she was destined to get it

Posted by McANDREW at 7:45 AM No comments:

The New Mexico Coalition to Repeal the Death Penalty has asked for our immediate help in two ways.

As you know, this past Friday, March 13, 2009, the New Mexico Senate voted 24-18 to repeal the death penalty in New Mexico and replace it with a sentence of life in prison without possibility of parole. House Bill 285 passed the House last month and was delivered to Gov. Bill Richardson for his signature on Sunday. Governor Richardson has until Wednesday night to sign this bill, and when he does New Mexico will become the second state in as many years to legislatively abolish the death penalty.

The New Mexico Coalition to Repeal the Death Penalty has asked for our immediate help in two ways.

#1 - The Albuquerque Journal is running an on-line own poll. Please click on the link below to vote to urge Governor Richardson to sign the bill. The poll is in the middle of the page: http://www.abqjournal.com/

#2 - New Mexico Governor Bill Richardson is inviting the public to help him decide if he should sign the bill. Please take a few minutes right now to contact Governor Richardson and ask him to sign House Bill 285 as soon as possible. Governor Richardson's office has set up a hotline to receive the opinions of New Mexicans (and anyone else) on the issue. That number is 505-476-2225. Those wishing to weigh in via e-mail can do so through the governor's web site at: http://www.governor.state.nm.us/contact.php and clicking on "Contact the Governor."

Posted by McANDREW at 2:13 AM No comments: 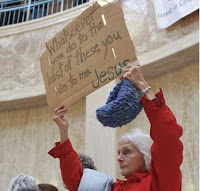 The wonderful national and state teams out in have done an amazing piece of work.

Congratulations to you all.

Posted by McANDREW at 1:10 PM No comments:

Make a special Abolition Day contribution to support the work of the National Coalition to Abolish the Death Penalty. 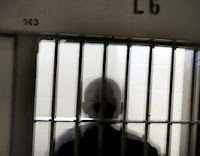 If Willie Pondexter, Jr., is executed on Tuesday, part of the reason will be that the truth about his rehabilitation and dangerousness (or lack thereof) has been kept under lock and key. When it comes to assessing these factors of a person on death row, we should listen and give weight to the opinions of the prison officers who know him best.

I know because I worked in prisons for almost 25 years, starting out as a corrections officer and rising through the ranks to supervise three state prisons, including ’s death row. I also know it would be very unlikely to find a prison warden willing to blow the whistle on the unspoken, but enforced, code of silence.

I admire the few rare corrections officers who step forward and give decision-makers critical information, especially about clemency. In Pondexter’s case, one such courageous officer came forward and reported that Pondexter is not a danger to anyone, stays calm even in challenging situations, does everything that is asked of him and “could safely live out his days in a structured environment.” In fact, this correctional officer said, if Pondexter were a free man, he would be willing to give him a job working on his property.

This is the kind of information the Texas Board of Pardons and Paroles, the governor and the courts need to hear, but almost never do.

Significantly, this officer also said: “You would be hard-pressed to find anyone to say something bad about Pondexter.

If people are not talking, it is probably because they are scared to lose their jobs or scared of being written up.” This remark about the code of silence that prohibits corrections officers from speaking the truth, even when a man’s life is at stake, is consistent with all I know from my quarter-century in corrections.

There are likely dozens of other corrections officers who feel the same way and believe Pondexter’s life should be spared. They are not cooperating in Pondexter’s clemency case because they are afraid of being disciplined, losing their jobs, health care and pensions because they did what they thought was right, even on their own time. As a result, Pondexter is being denied the ability to investigate, gather evidence and present his case for clemency.

The recommendation of whether Pondexter lives or dies should be a decision for the Texas Board of Pardons and Paroles. The decision of whether to accept or reject that recommendation should be the governor’s. In a very real sense, however, this decision has been taken away from them, the legally authorized decision-makers, because the code of silence keeps critical information from the light of day.

has the right to execute people convicted of murder. But if it sets up a process to make sure only the worst offenders receive the death penalty, it must let the process work.

It is an irrevocable wrong to send a man to his death without giving a fair hearing to favorable information about his demeanor, rehabilitation and lack of dangerousness to prison employees and other inmates. But that’s exactly what may happen on Tuesday.

McAndrew is the former warden of three Florida state prisons and an expert in prison and jail issues throughout the South, including .

LINCOLN, NE (2009-02-26)
Opponents of capital punishment got some support today (Thursday) from an unlikely source - Ron McANDREW, a former prison warden who's presided over several executions.
From the Capitol, Sarah McCammon

Listen to this new interview here.
Posted by McANDREW at 3:01 AM No comments: